This update includes the ability to carryover nutrients from year to year, along with various improvements and performance enhancements. See additional details below.

The TNT has historically been configured to allow for the planning of a single calendar year's nutritional program. With the addition of the carryover function, the tool now allows nutrition to be rolled into the following year's plan, providing a smoother transition and a more accurate illustration of nitrogen release from the prior year's program to the beginning of the program for the new year.

How does carryover work?

An early-December application of Contec DG 18-9-18 at 3.0 lbs./1000ft2 in a warmer climate zone (one with no cold impact) would provide more than four months of nitrogen release, represented by the green bars on the release curve visual. Given the timing of the application, however, there would only be a few weeks of nitrogen release represented on the right edge of the current year's release curve. The remaining release that extends beyond the end of the current year is the carryover, which can now be captured in the following year's plan.

How will I know if my scenario produces carryover?

The first hint that carryover has been produced is the appearance of a gold box just above the release curve. This alert also quantifies the amount of carryover being produced. 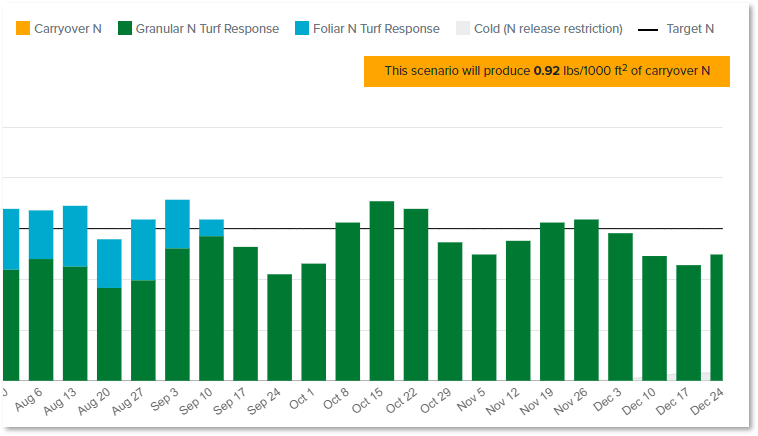 How can I tell which of my scenarios produce carryover?

How do I utilize carryover at the beginning of a new scenario?

For questions on these updates or any aspect of the TNT, don't hesitate to contact us.

This tool is designed to provide a model for nutrient release over time. Factors like soil health and moisture are not taken into consideration. The Andersons is not responsible for improper product combinations, timing, rates, or application strategies. Always read and follow label directions. 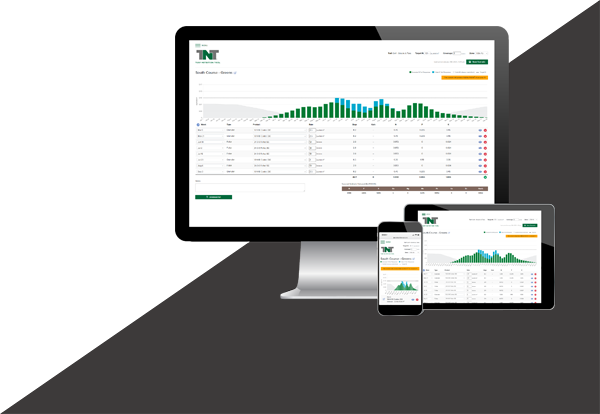